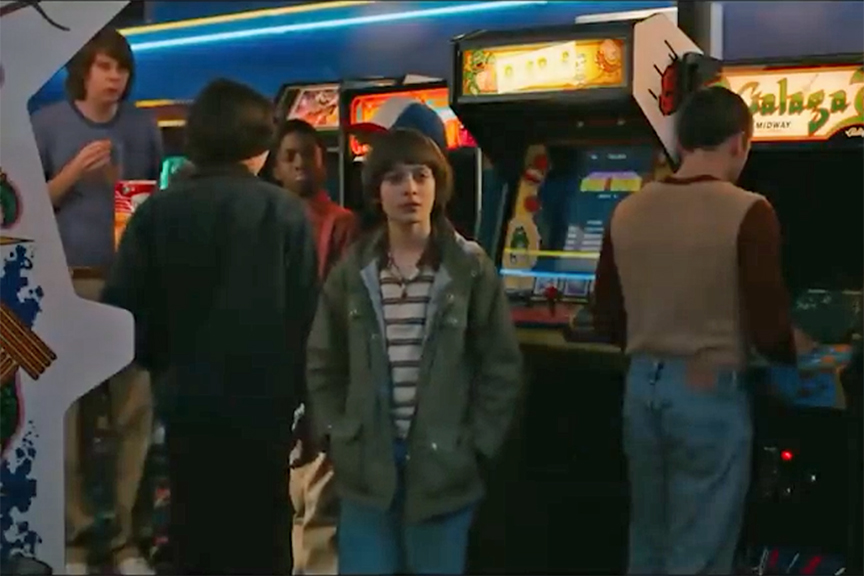 Davesarcade.com  games will be featured in Stranger Things Season 2.  The Netflix blockbuster show Stranger Things returns October 27 for season 2, featuring a classic arcade built with over 20 of my personal video arcade games.  The arcade scene was shot in Douglasville, GA, right off of Church Street.   I had the privilege of being on the set as a consultant to the show.  Featured games included Dragon’s Lair, Centipede, and Dig Dug.   Some of my best personal machines were used in the background, including Pacman, Ms. Pacman, Wizard of Wor, Gorf, Tempest, Major Havoc, Pole Position, Missile Command, Asteroids and more.  Many times during the filming, Douglasville residents would come to the set thinking this was a real arcade. 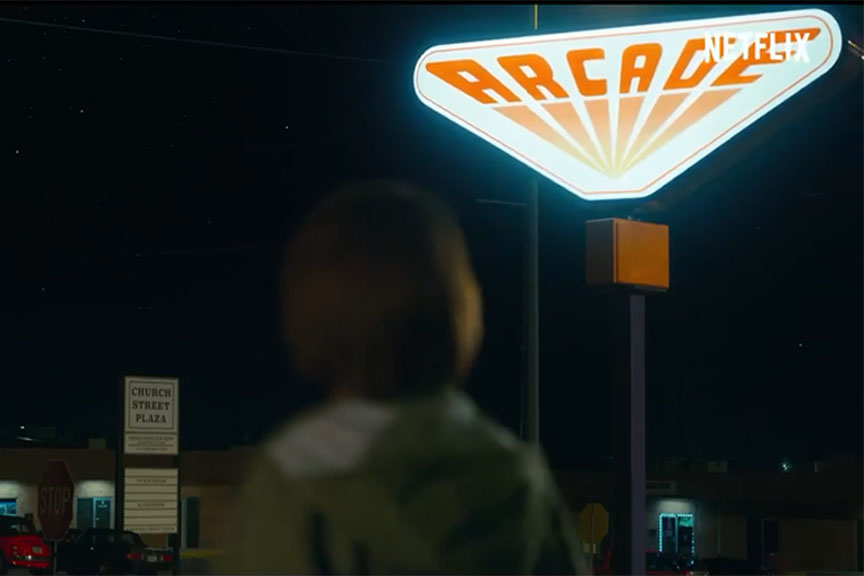 I spent over 65 hours consulting for the show.  We filmed for a couple of days in November and again in February.  It was so cold that we had heaters everywhere to keep the extras warm.  Wynona Rider sat in the green Pinto for a couple of hours with the heater running to keep warm.  The cast and crew were some of the nicest people I ever met.   The arcade sequences were shot no less than 8 different directions each, using 8k cameras and insane lighting techniques.   It took a couple of hours to shoot each 15 second sequence and dozens of extras got to play my arcade games for about 5 long days.

See the guy in the background eating Cheetos (top picture)?  He plays an arcade operator who manages the game room.  Over the course of the filming, he ate Cheetos non-stop, to the point where he told me he never wanted to eat them again.   It stained his skin orange, but he sure played his role well.

Davesarcade.com has provided arcade games for movies before, but this is the first time I have seen such attention to detail to recreate a 1984 arcade.  If you like classic arcade games, you don’t want to miss the next season of Stranger Things, coming October 27.

Watch the trailer for Season 2 here: